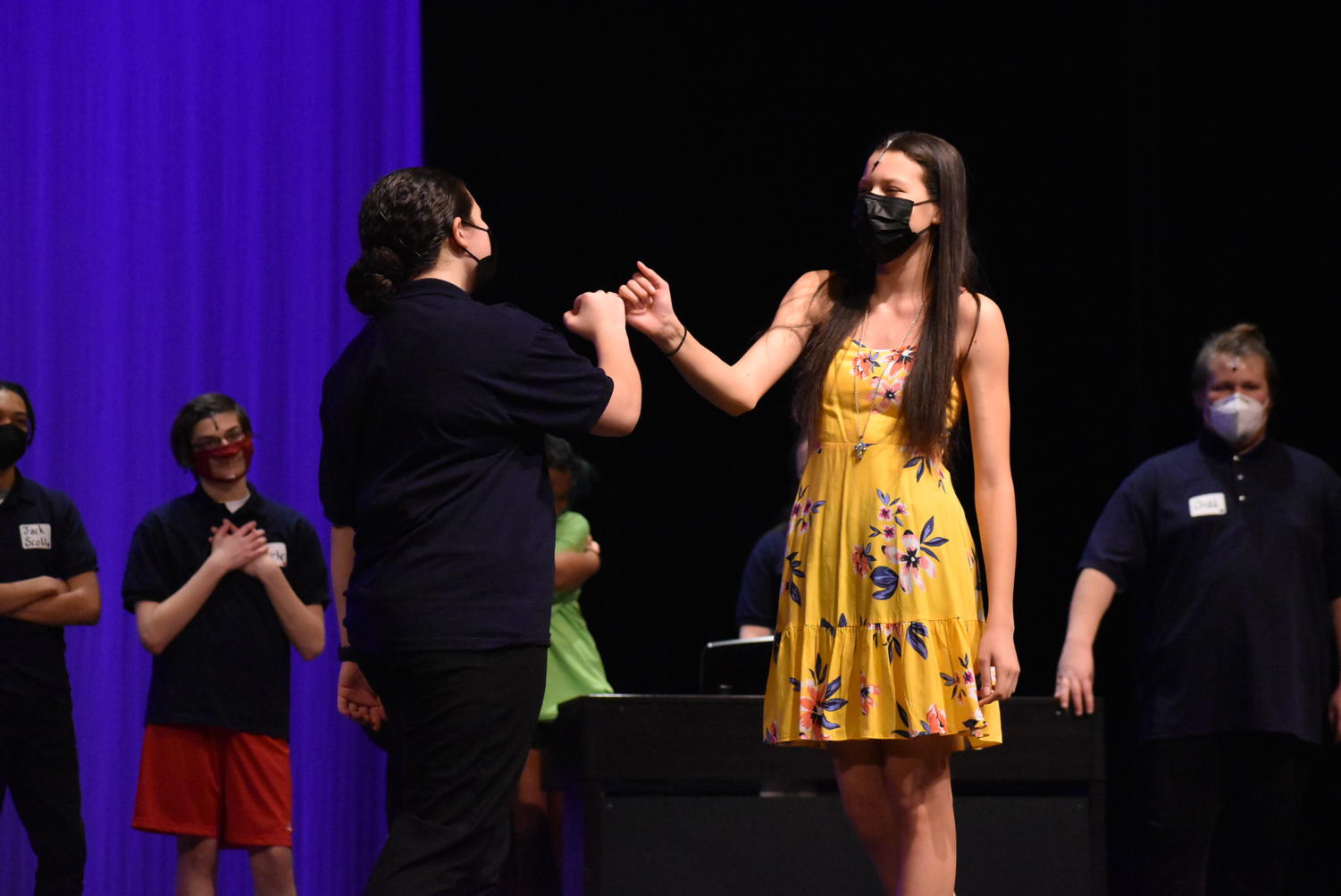 Last winter, Long Reach Theater decided it’s summertime! They dived into the world of East High students during their vacation. It was a summer break filled with all sorts of drama, romantic twists, coming-of-age struggles, and the characters needing to figure out a way to work together despite all this.

“The show takes place near a pool and resort, with fun and sunshine and singing about school’s out in January just seemed like a really fun thing to do,” Long Reach theater teacher Mrs. Blasko said. She directed our production of the first High School Musical back in 2017.

The High School Musical series is known to fans for its corny antics that are so endearing to watch. Our acting classmates have captured this energy wonderfully.

The cast was made up of Long Reach students taking Musical Theater. Every year this class produces a winter musical with Mrs. Blasko and Mrs. Pompei as the directors. They performed High School Musical 2 last January 27th-28th.

While last fall’s Long Reach musical performance, The Phantom Of The Opera, took years to complete and was a collaboration between us and our rival Howard High School due to the COVID shutdown, January’s musical was easier to produce.

Some memorable performers were the Sharpettes. Despite being background characters, three of them were given time to shine, especially Sophomore Alex Simon, who said, “I sang ‘Hopelessly Devoted To You’ as a solo for the talent show portion of the show… It was really fun!” The other Sharpettes and talent show performers, Dakota Neilsen and Jess Allen, did some impressive roller-skating while Ryan and Sharpay bickered.

“Besides that,” Simon continued, “I’d say my favorite song to learn and dance to was ‘Fabulous.’” This was the second song in the musical where Sharpay and her Sharpettes sang about her primadonna lifestyle. They also got a musical number that’s a reprise of “You Are The Music In Me” which is the favorite song of Freshman Andrea Aviles, who played Troy.

“I think my favorite moment playing as Chad was the entire ‘I Don’t Dance’ number,” enthused Junior Asher Thomas. “It was a really fun song to be apart, and the choreography and the duo I had with Ryan was pretty fun.”

As for Mrs. Blasko, she commented, “I can’t say that there was one particular song that was more special than another. I like ‘What Time Is It?’ and ‘Everyday’ and ‘You Are the Music in Me.’ All those big production numbers were very fun to watch all come together.”

That isn’t to say that the journey was easy. Every good musical needs everyone involved to struggle a little bit. “The first dress rehearsal was a big mess because it took all of us to change into costumes,” Simon said. “The Sharpettes had the most costume changes and not much time between them. It was pretty rough, but after a few more tries we got through it.”

The main characters also had significant costume changes, but Aviles agrees that they weren’t as tough. “Like I change one and I get a whole song to do it, and the Sharpettes over here [are] shapeshifting.” She then continued to reflect on joining this Long Reach play. “It was so fun to act with Grace. My favorite moment would have to be ‘Gotta Go My Own Way.’ Kailey was super amazing and the emotions were immaculate.”