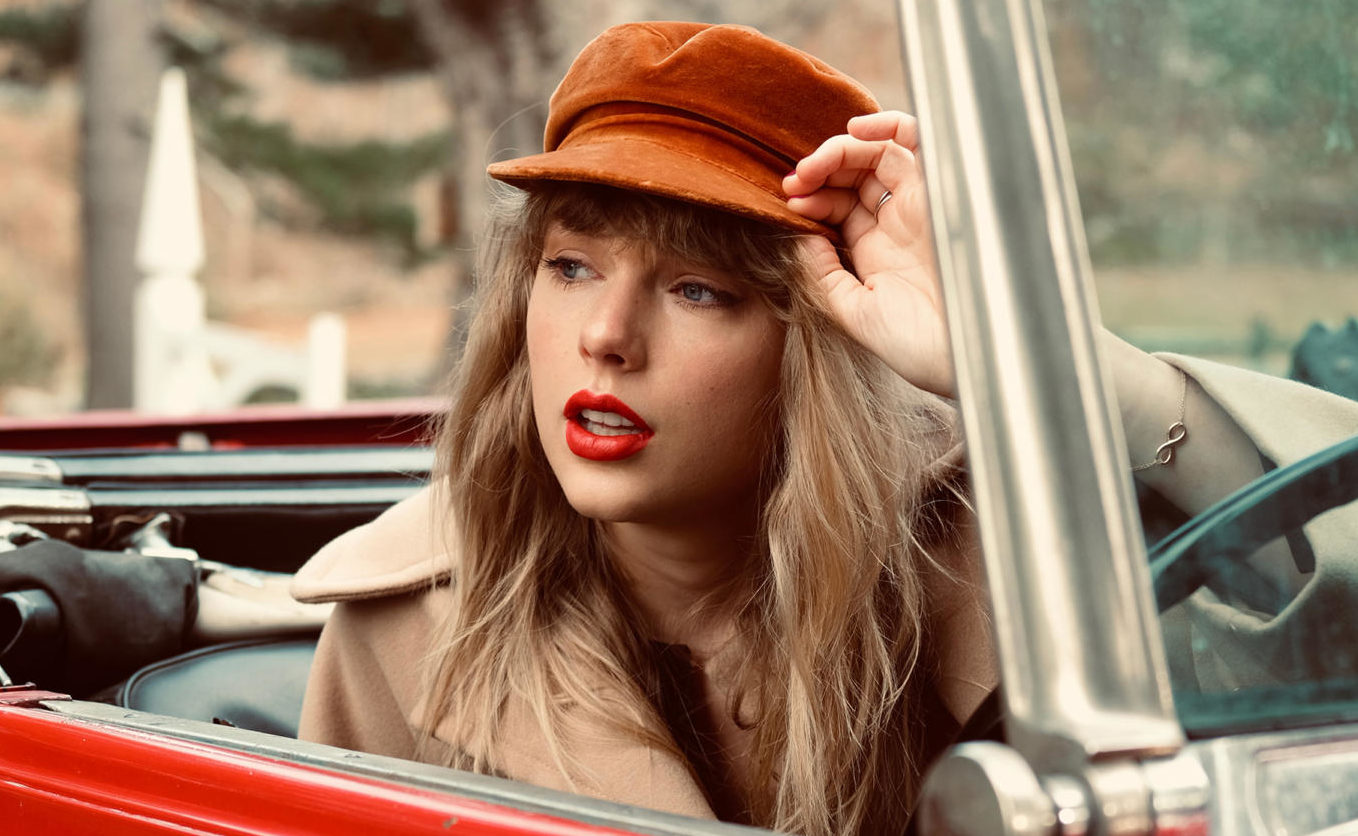 Taylor Swift was already the biggest female artist of the last decade, but if that didn’t prove her presence in the world of popular music enough, take a look at her latest album, Red (Taylor’s Version).

Swift originally released this album in 2012 and it was a hit. Since then, her previous label Big Machine Records denied her ownership of her own music. On top of this, in 2019, her manager Scooter Braun sold all the original recordings of her songs without her permission, so she couldn’t make money off of her releases anymore.

With her current label Republic Records, Swift re-recorded each track on the original Red with her more mature voice. This rerecording immediately went  #1 on the charts along with Swift’s 10 minute-long extension of her critically acclaimed song, “All Too Well.”

For those unfamiliar with the original Red, it was Taylor Swift’s third album and known for its pop experimentation. Many tracks had a country flavor to them, as she was known for being a country-music princess, but notable pop stand outs include “We Are Never Ever Getting Back Together,” “I Knew You Were Trouble,” and “22.” These tracks were smash hits on the radio and are considered nostalgic to many of Swift’s fans.

At its core, Red is an album reflecting on the highs and lows of a relationship and the rainbow of emotions that come with it. The opening track “State of Grace” is about the thrill and risk of romance, with a rock edge in its instrumental. “Stay Stay Stay” has a more bubbly sound and is about wholesome affection for your partner. Most tracks focus on heartbreak, back-and-forth bickering, broken promises, and feeling trapped.

The original Red was always critically acclaimed for Taylor Swift’s trademark songwriting detail, which established her as a skilled writer to critics. Coming from the country genre which prioritizes storytelling, she applied that to her new pop sound that gave it a refreshing flavor. She sang details straight from her memory, like her ex boyfriend’s “sweet disposition and wide-eyed gaze,” “autumn leaves falling down like pieces into place,” “you told me about your past thinking your future was me,” “I left my scarf there at your sister’s house / And you’ve still got it in your drawer even now” just to name a few from “All Too Well.”

On November 27th, this single debuted at #1 on the Billboard Hot 100. The version which became a single was not the normal re-recorded version of All Too Well, but a 10-minute extended version “From The Vault.” This “vault” contains songs Swift actually wrote for the album back in 2012, but got rejected from Big Machine Records.

With her newfound freedom, she used this opportunity to release these songs, and even invited guest artists like Phoebe Bridgers and Chris Stapleton to sing on them. The original “All Too Well” cut to five minutes to sell more easily. Critics and “Swifties” have always loved this particular track, deeming it one of Swift’s best songs. So when she released the uncut extended version, that ended up becoming one of the most talked about songs of the year!

Taylor Swift has come a long way since the original Red album. She was just dipping her toes into pop music, and soon she would fully commit to the genre during her 1989, Reputation, and Lover albums. When quarantine began, she adopted a new sound for her music and began her folklore era. She went for a calmer authentic sound based on alternative folk, incorporating country sounds in a few tracks as well.

Red wasn’t the only album Swift re-recorded, as she had previously done this with her second album from 2008, Fearless (Taylor’s Version). This experiment proved that reusing material she has the right to own is a brilliant way to profit. That leads us to today, Taylor releasing Red with even greater success and critical acclaim. Like Swifties often claim, she is the music industry.