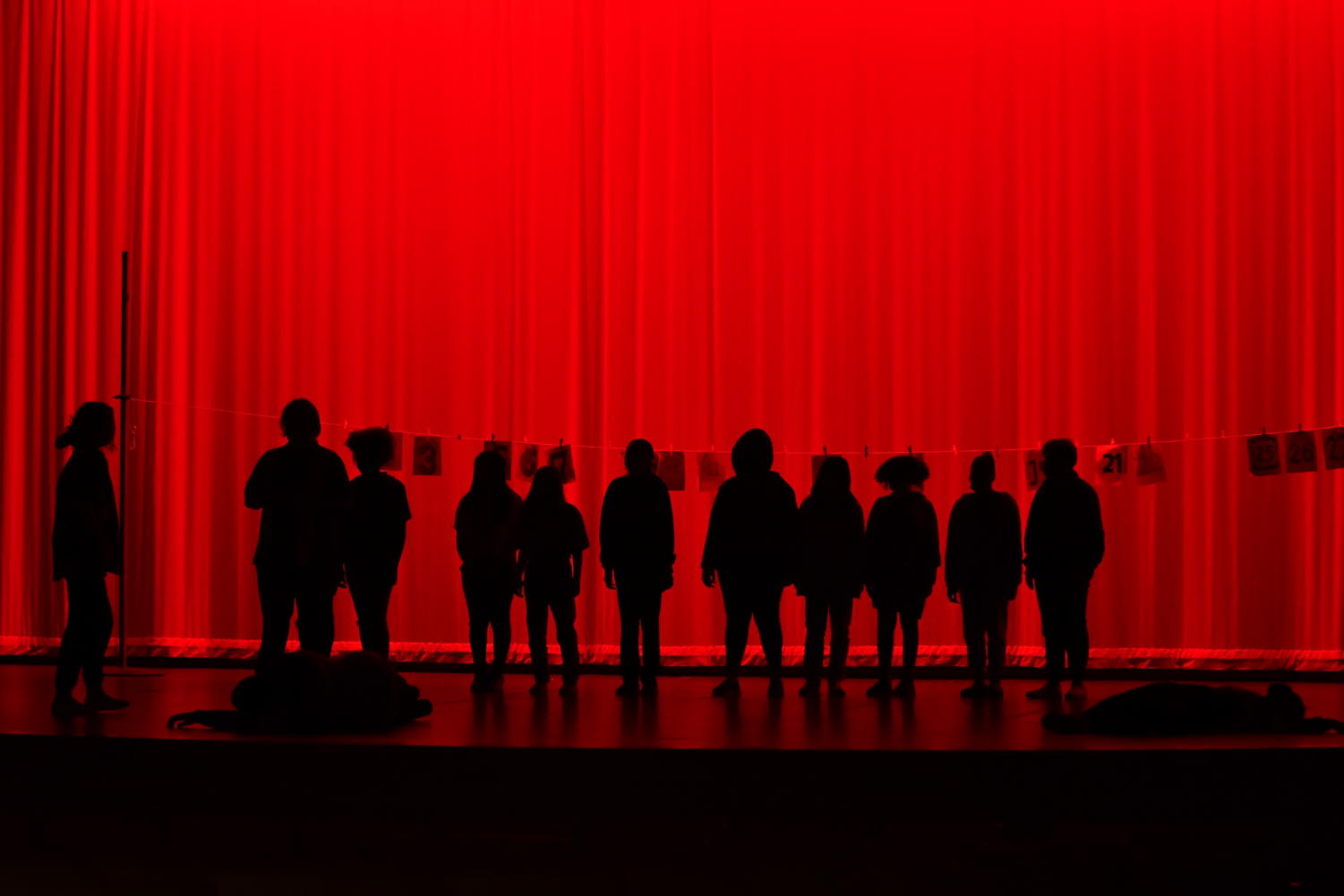 Too Much Light Makes the Baby Go Blind

How do 30 plays get performed in 60 minutes?  Surely that’d be impossible, right? Not for Long Reach theatre!

From Broadway to Shakespeare, most plays follow a set structure. But this play sets itself apart with its vaudeville-esque style and heavy audience interaction. Thirty skits performed in sixty minutes, with the audience choosing the order by randomly selecting each skit’s number off a clothesline, Too Much Light is leading the way in a newer style of theatre. “I think it [audience participation] is becoming more and more, especially if you go to Broadway shows, they’re really trying to bring the audience in. This just takes it to the next level; to the max,” says Long Reach’s Theater teacher, Mrs. Blasko.

Vaudeville, a genre of entertainment, is commonly known for plays composed of a number or unrelated skits. Too Much Light uses this format with a modern take, providing a unique experience for audiences. Senior Myasia Harter, who acted in the play, described the format as, “you just put all of your numbers on a clothesline and the audience gets to choose which play they wanna see.”

A lot goes into creating a play, and a large part of this is tech work. “It’s a lot behind the scenes, but it has an equal role in making the play for the audience to experience,” notes Abigail Shea, a Junior in theatre production. “We had a ton of microphones for this play, so there’s audio and music, which is what I was doing, and there’s spot, keying the lighting.”

Of course, with thirty skits to learn, the actors had their own preparation for the production. But Harter doesn’t consider it to be overwhelming, remarking that, “not everybody has to know everything.” Part of this is likely due to the handful of improvised skits, where parts, or even entire numbers, were made up on the spot.

The completely improvised skit was number 29, Blind Date, where an unprepared audience member was pulled to participate. “It was completely go with the flow, go with it, and on

the spot,” one of the actors, Kahlan LaCount, a Long Reach Junior, explains, “work with what you’ve got.”

Luckily, actors and audience members alike enjoyed the audience participation aspect of the production. When asked their feelings on performing with so much audience involvement, LaCount answers, “It was fun to include them and get their input as to what goes next.”

When anonymous audience members were asked their feelings on the heavy audience participation, one stated, “It was great the way they set it up so you had to participate. It kind of gives everyone a certain comfort level.”

This production is perfectly representative of Long Reach theatre: fun, unique, and diverse.