Bronze Up Your Self Image!

Why Wearing Makeup Can Significantly Improve Self Confidence

Navigating middle and high school can be a strenuous experience. As children learn the conduct of social engagement, their self-confidence can fall when they say the wrong thing or feel uncomfortable in a social group.  Furthermore, youth statistics on mental health conditions, such as anxiety and depression, have worsened over the years. Currently, 4.4 million of children ages 3 to 17 have diagnosed anxiety, while 1.9 million of children ages 3 to 17 have diagnosed depression, and there are more who do not have a formal diagnosis.

Ranker encourages people with mental challenges to distract themselves from it by releasing their emotions in a non-harmful manner. Wearing makeup has been shown to improve one’s self image, which brings a newfound confidence. Research displayed how 48% of women wear makeup because it allows them to see themselves in a positive light. 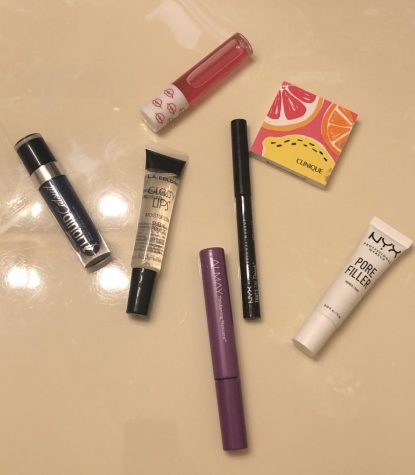 Makeup has this impact because it’s a form of expression, a way to make the human face artful. For people with skin conditions, such as acne or uneven tone, makeup can create confidence in their appearances until they’re able to accept their real skin. With the opportunity to design whatever look they’d like to wear, make-up provides a way for someone to feel control over themselves when they feel their thoughts are out of control.

A psychotherapist by the name of Mike Dow explains why this is helpful, as he thinks, “most cognitive behavioral therapy patients are told to do something productive or pleasurable when they’re noticing themselves getting stuck in these cycles.” Teen Vogue agrees, adding that “beauty routines give powerful cognitive effects on the brain, especially if you’re caught in negative thought patterns.”

A study called the “Lipstick Effect” put this phenomenon to the test. Researchers from various upper-education schools, such as the University of Chieti, Italy, and Harvard Medical School in the United States conducted an experiment on 186 female students. The students had to complete an academic test that included questions from a psychology textbook.

They split up the students into three groups: one group put makeup on, others listened to “happy” feeling music, and the last group colored a drawing of a human face. The research team concluded that students wearing the makeup did the best on their test, even better than the students who listened to music. The findings of this study reveal that a physical confidence boost can result in increased performance in other aspects of one’s life.

However, some people worry that makeup can negatively affect confidence, considering it distorts someone’s “natural look,” which drastically changes a person’s appearance until that person is indistinguishable. Some may do this because they are insecure, even though makeup should be worn in moderation if they have fragile confidence. Long Reach administrator Ms. Arnetta Young agreed with this claim, as a former makeup artist. She said, “I think that if someone cannot leave the house without makeup on, it becomes more of a crutch than a boost.”

There are also others who think the makeup industry relies on people’s insecurities to make more money, and that they truly do not care about the customers who buy their products. Ms. Young commented, “I think realistically, people need to do what they need to do to feel good about themselves, although I do worry that materialism is a thing.”

People wear makeup for various reasons, and one healthy reason is that it can help people to feel comfortable in their own skin, and their own headspace.