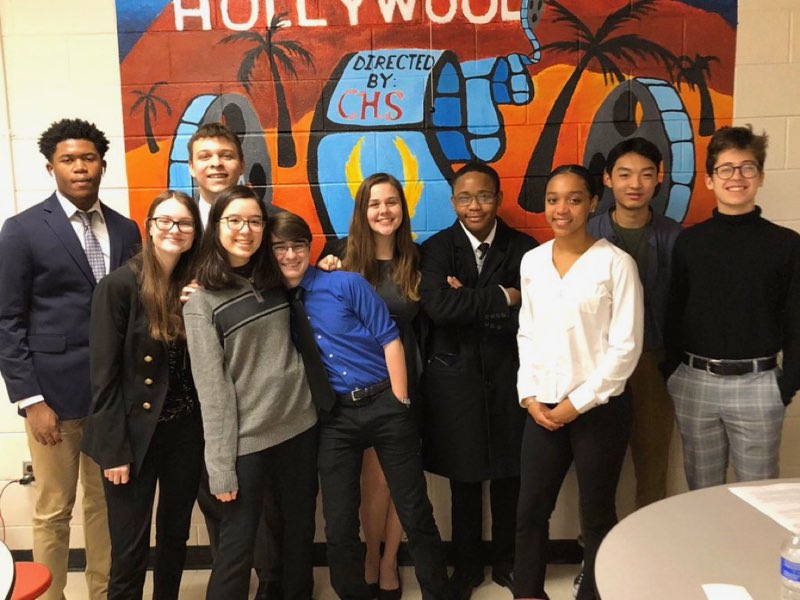 What impact has it had on the members?

Long Reach Speech & Debate Members Who Had An Incredible Year:

Kobby Boateng won a Silver in the Impromptu event

Dana Barker won  a Silver in the Impromptu event

Two years ago, the Long Reach Speech and Debate team was formed by two students after watching the movie Speech and Debate (2017) and thought it would be a great idea to do something similar at our school. Sponsored by social studies teacher Ms. Zepp, members of the team have been able to connect with others, engage in important topics, and learn valuable life lessons.

Like most school clubs and activities, the Speech and Debate Team has held its meetings and tournaments virtually due to the COVID-19 pandemic. Since last September, the team has participated in competitions organized by the (BCFL) Baltimore Catholic Forensics League and NSDA (National Speech and Debate Association), with other public and private schools in Howard and Baltimore County.

A few of the speech and debate events that the members take part in include Impromptu, Lincoln Douglas, and Public Forum. Impromptu is a public speaking event where students are given seven minutes to pick a current topic, brainstorm their ideas/outline, and deliver a speech. The Lincoln Douglas debate involves a one-on-one format instead of one with a team and forms responses around questions about society. The Public Forum debate is an event in which members compete in a 2v2 set-up and explore topics that could surround current events. LRHS Lightning Flash recently caught up with the Speech & Debate team to discuss the impact the activity has had on them.

Top Tips on Improving Your Speaking Skills, From the Experts Adam Yang and Tori Ely

The purpose of the Speech and Debate revolves around the action of “allowing to cerebrally perform in a myriad of ways,” states Ms. Zepp. This means that being part of the team allows one the opportunity to gain a number of skills, such as argumentative and critical thinking, skills critical for growth and development.

Senior Leslie Deiss, the team’s Debate Captain, states that being a member of Speech and Debate has helped her understand the objective behind failing and losing. This was significant because of how she used to find herself in situations where failure was not a result and not the reality of most real-life scenarios.

Deiss states, “However in competitions, it’s very prevalent because you can’t win everything.” She continues, “So I think that being part of the team tells me how to be a more well-rounded person because it teaches you to be resilient when things don’t necessarily go your way.”

Senior Corey Meehan also mentions how the team has helped him grow as a public speaker. “I feel much more articulate in my speaking, and I’ve become a much better communicator.” Meehan adds, “I’ve become incredibly aware of flaws in my own debates, and find it much easier to notice fallacies in other people’s arguments.”

The subjects discussed in debates vary from local questions such as “Should schools require students to wear uniforms?” to questions dealing with universal child care.

“The topics I find more interesting are the ones that aren’t so black-and-white,” Deiss emphasizes.  “For instance, I really like topics where both sides support a more moral outcome, but in speech and debate you have to argue both, and so it creates a more enriching debate.”

Meehan also stated that rounds with open-ended questions, or ones with a “would you rather” style are two of his favorites, such as, “What’s your weirdest dream?” and “Would you rather move locations every 30 days or stay where you were born all your life?” He explains, “Those ones are always fun because you get really passionate about your response.”

Although there are numerous topics to form an argument about, there is still plenty more to debate about in the future. According to Deiss, she hopes to debate about topics with more of a philosophical nature. Such as the ones “that are about government programs because [they] are a lot less abstract and I think it easier to come up with thoughts.”

To prepare for a debate, Deiss does “copious amounts of research.” She explains, “In order to be prepared for whatever anybody must say, you have to understand almost every thought and opinion that’s out there on the issue.” She mentions, “I also practice a lot because it’s important to make sure that your timing is correct for a debate. You have a very specific format to follow so you need to make sure that your speeches will be in adherence to that format.”

To prepare for their events, members participate in mock events before state competitions. Meehan describes one practice activity during a mock event: “Everyone went around doing practice impromptu rounds with past questions, and we all gave constructive feedback on how to improve.”

Deiss expresses, “Being on a team like that [which] supports you unconditionally has an emotional effect that proliferates every aspect of your life and that is very comforting.”

Also, having the opportunity to still gain a learning experience is an enjoyable aspect as well. “I usually competed in the Impromptu, where you have thirty seconds to pick between the three given topics, and then 2-minutes to plan out a 5-minute speech,” Meehan comments. “Doing that is fun because you get to just ramble on and on, but you realize after a while how much better at public speaking you get from all the practice it gives you.”

“I enjoy witnessing the skill and talent the team members have, and I am always in awe of how they represent and continued to grow throughout the semester. The reward is in their growth and achievement. My heart couldn’t be more full with purple pride.”-Ms. Zepp