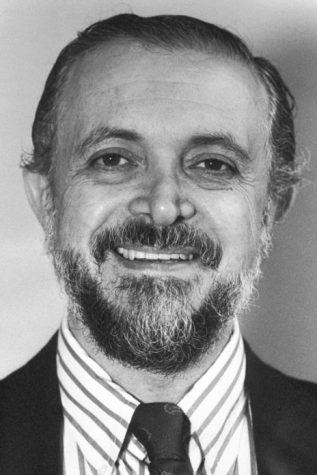 It’s common knowledge that the tools we use in everyday life have a direct correlation to the health of the ozone and the environment. Cars, furnaces, and even streaming services can let out harmful chemicals into the air–carbon dioxide, for example–and wear away at our ozone, which can lead to ultraviolet rays striking through the earth. However, there was a point where this was not known. But it’s with scientists like Mario Molina that the truth was able to be discovered.

Molina, born on March 19, 1943, grew up with a hunger for knowledge. Before he entered high-school, he used to play around with toy microscopes to study cells and would turn his family bathroom into a laboratory of sorts. At age 11, he went to a boarding school in Switzerland to learn German, an important requirement for becoming a chemist. He continued to study and was able to land a spot in Berkeley, California, where he then collaborated with Sherwood Rowland.

After hours of rigorous work and research, the pair came to the conclusion that CFC gases–found associated with propellants in spray cans, air-conditioning, and more–had a damaging effect on the ozone. Through this revelation, they publis

hed several articles and took their discoveries to scientific meetings. With how hard they worked and how valuable this

information is, Molina soon received a Nobel Prize, and still works hard to this day. Without his hard work and effort, there may have never been light shined on the damages of air pollution, which could have possibly lead to dangerous results.

To this day, he is celebrated. And he still lives on to do what he does best: chemistry.