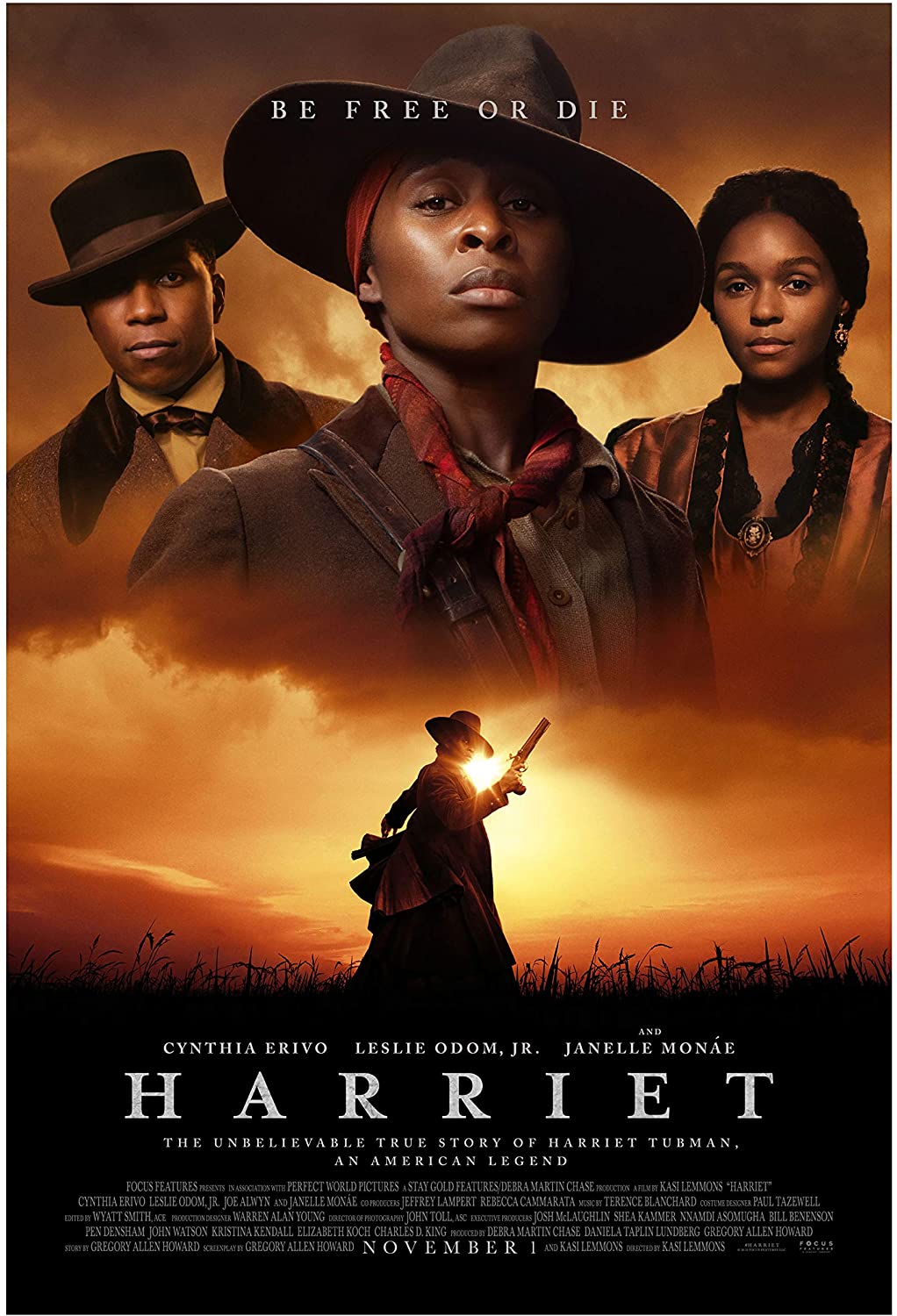 Don’t Tell Her What She Can’t Do

“Stand Up!” On November 1st, 2019, the film Harriet released as a tribute to a strong and important freedom fighter. Directed by Kasi Lemmons, the film brings out the extraordinary life of abolitionist Harriet Tubman.

Born into slavery, Harriet Tubman was a powerful and inspiring woman who escaped from bondage to rescue and guide over 300 slaves to freedom in the North.

The film opens up by introducing Harriet Tubman as Araminta “Minty,” a young enslaved woman on the Eastern Shore of Maryland who desires to be free.

Cynthia Ervio’s lead playing the tremendous role of Harriet Tubman came with a great amount of attention. As others believed that Ervio, a British actress who comes from Nigerian heritage, was a good choice for the part, many also thought otherwise. Criticism came across as people stated that the casting should have gone to a Black African American and a descendant of slavery. Actors Joe Alwyn and Leslie Odam Jr, actress Janelle Monáe performed as supporting characters.

Throughout the film, cinematographer John Toll constructs a great display of visuals in order to show Harriet Tubman’s long journey of rescuing and bringing slaves to freedom.

For instance, Toll establishes visuals of Tubman who follows the voice of God, and was known to have visions to guide her during that journey, as quick images of the future.

Additionally, using different outdoor scenery, including flowing rivers and deep plantation forests, helped represent the nature that was part of Tubman’s story. This eventually leads to the glorious moment for when the scenery changes to lively cobbled streets used to symbolize the city Philadelphia, where Harriet Tubman arrives at freedom.

There were also numerous powerful scenes that brought strong emotions and inspiring feelings to the audience. “I think I had a feeling of pride and determination,” stated history teacher Mr. Bond “because of what she accomplished. [It] made me realize that I could accomplish things, too.”

However, there were of course some limitations. As a PG-13 film, some viewers believed that the true colors of slavery were not shown. For example, certain information presented about the characters and tribulations faced by African Americans was described as “watered down because there is no family-friendly version of history.”

Despite this, the film did promote new facts about Tubman’s life, career, and accomplishments. Bond stated, “One thing I didn’t really know about is that Tubman led a union during the Civil War.”

Watching the film Harriet was not only entertaining and inspiring, but also encouraging. Overall, the message this film strives to achieve is that you should stand for what you believe in. The film quote “Don’t tell me what I can’t do,” said by actress Ervio, supports this idea.

“Harriet is portrayed as an Alpha; she is seen as a strong God-fearing woman,” says Behl.

This aids the film to portray character traits of bravery, courage, strength, tenacity, and determination that Tubman was known to have. Ultimately, the story of an important Civil Rights hero shall be told throughout generations.