Road to the Championship 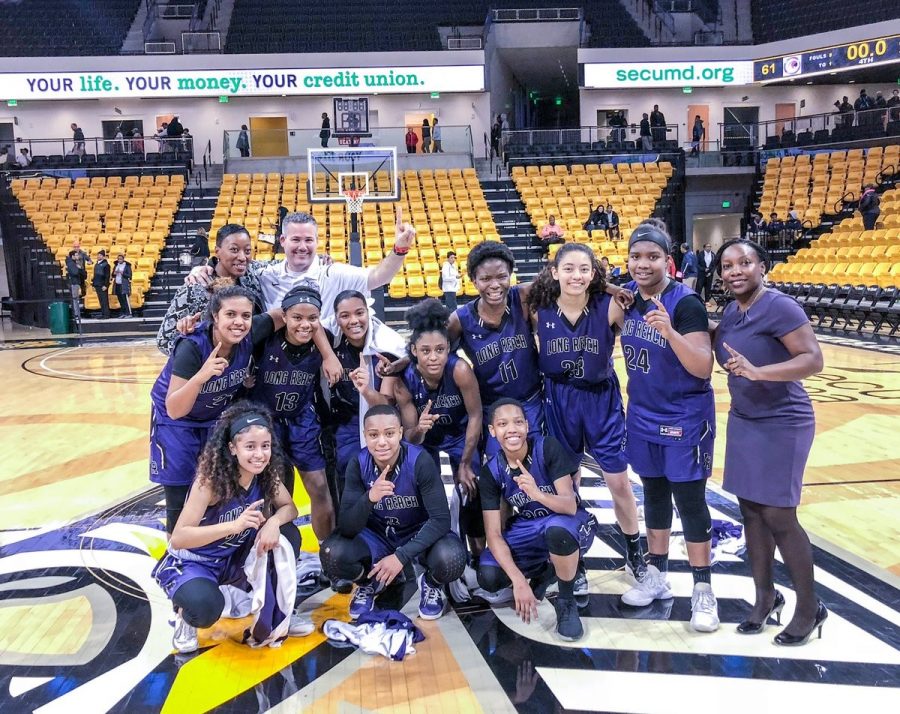 Junior Lyric Swann, the Lightning’s leading scorer, hit her fifth 3-pointer and got up off the ground to complete the four-point play, making her free throw with 1:06 left in the game, officially securing No. 7 Lightning’s spot to the state finals with a 66-61 victory over No. 6 Poly.

Swann commented, “I felt like I was hitting some shots, so once I saw that I was open, I looked for my shot, and I made it.” Swann continued, “Everyone was getting me pumped up, and then I looked up at the scoreboard and I realized how big of a shot it was, and I was happy.”

Junior Arianna Briggs-Hall was definitely the player of the game, with 18 points and 10 rebounds, despite the fact that she fouled out.

Despite Poly making it to the semifinals for the sixth time in seven years, and this being Long Reach’s first appearance in the state tournament, the Lightning pulled through all the way to the end. Long Reach’s performance was amazing to watch, and it made us proud.

Junior Josh Staruk stated, “I was so glad to see the Lightning come out on top, this being my first game seeing them play–they really impressed me.”

The Lightning pulled through in a game that featured 12 ties and 23 lead changes, with 7 coming in the fourth quarter.

Because Poly had made it to the state semifinals for the sixth time in seven years, giving them prior experience with high profile games, beating them was extra special with this being our first semifinal game.

Long Reach coach Kelli Cofield stated, “We only have two more hours until tomorrow, but we are going to enjoy this one for tonight.”