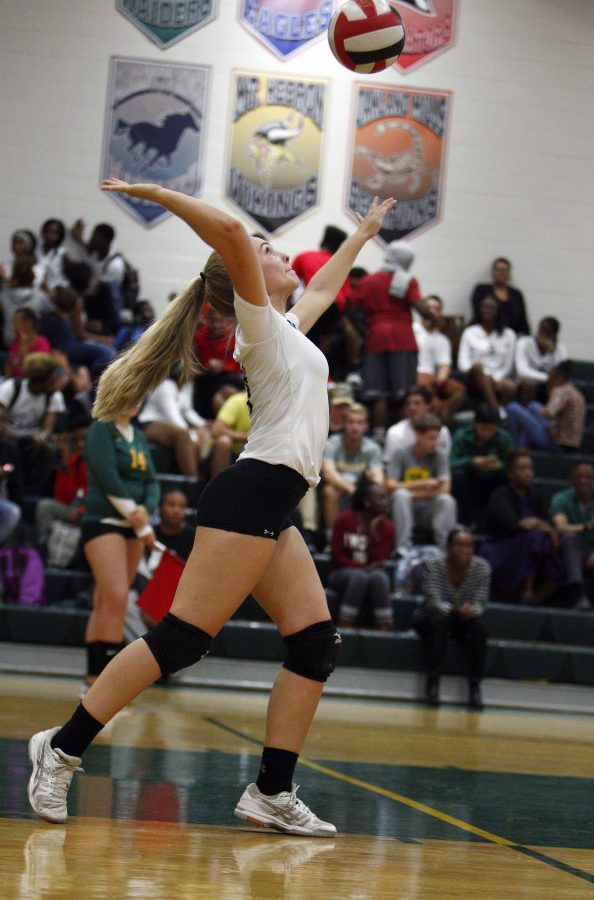 Varsity volleyball has led to the most successful season Long Reach has seen in five years. Things have changed for the better, and the players are pleased with their performance. Led by coach and counselor Elizabeth Dolan, the team has won numerous games this past season.

Coach Dolan informs, “I am up for the team mentality. I think it’s really important that the players get along with each other.”

This season has brought more interest to volleyball. The number of audience members has increased since last year. Senior Devon Williams remarks, “It feels like everyone actually cares whether we win or lose.”

On top of that, Coach Dolan has used new strategies to improve this season. “We run so much, every day,” Sokoya says. “We are definitely the most conditioned volleyball team in Howard County.”

Dolan explains that conditioning helps because excuses are acknowledged  as mental excuses and not physical limits.

Conditioning builds energy, and the girls can rely on that to last longer and stay strong during games. As Williams puts it, “If we don’t have our skills, we have our stamina.”

“I also brought in a fellow coach who knows a lot more about the technique and mechanics of volleyball. I think a lot of our players need fundamental training and he can provide a lot of that,” Dolan explains. “He can provide specific drills based on things he has seen in the past.”

With all of their work, the varsity volleyball team recognizes how far they have come within this past season. While the playoff season ended with an opening 3-0 loss against Wilde Lake, the team has high hopes for the coming years.