Hillary has Your Back 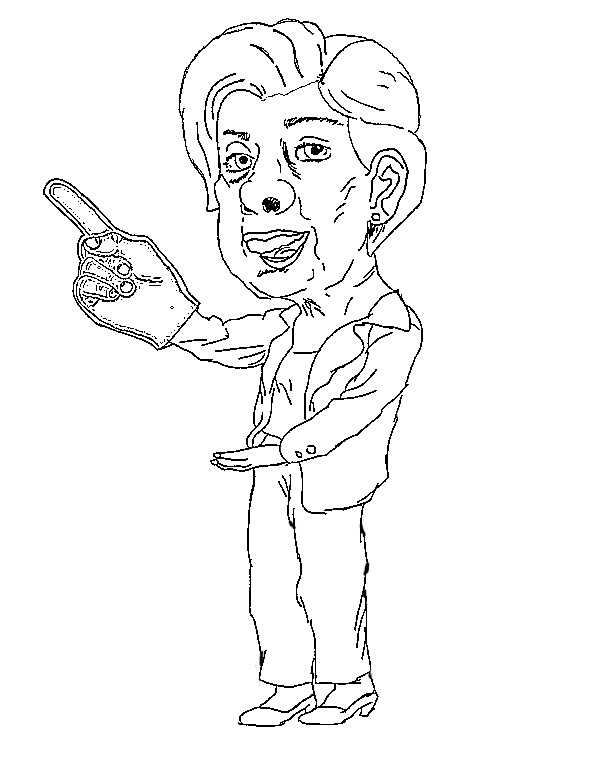 Hillary Clinton was thrown into the political spotlight as First Lady of the United States (1993-2001) where she used her experience to provide health insurance through the program SCHIP to children from low-income families.

As Secretary of State (2009 to 2013), Clinton relied on diplomacy rather than force to resolve international issues. American history teacher Mr. Myers commented before the election that “Clinton and the president [Obama] have tried not to rely on military intervention in areas where there seems to be no clear solution.”

However, when there is a justifiable need for the use of force, Clinton did not shy away from that possibility. Sophomore Josh Mensah remarked, “If I had to choose her greatest accomplishment, it would be her involvement in the assassination of Osama Bin Laden.”

Despite having many accomplishments during her reign as Secretary of State, some events left many Americans questioning her candidacy for president, such as the 2012 attacks in Benghazi on the U.S. consulate and the CIA annex, which resulted in the death of four Americans. Many felt Clinton was criminally negligent because the U.S. consulate was not properly secured, meaning Hillary failed to protect Americans in Libya.

Another scandal, which occurred during Clinton’s years as Secretary of State, was the use of her private family server rather than the official State Department account to conduct classified information. Because of this scandal, some Americans viewed Clinton as an untrustworthy candidate.

Prior to the election, Mensah said, “the only way Clinton could gain the trust of the public is to release the deleted emails.” Had she done this, Clinton may have secured more votes of those uncertain voters, who questioned her integrity.

Despite the criticism Clinton has received over some of her actions, she had admirable plans to make America stronger. Clinton wanted to bridge the gap between the one percent and middle class Americans. Originally, Clinton favored the minimum wage to be $12 an hour, but adopted Democratic candidate Bernie Sanders’ policy for the minimum wage to be $15 an hour, at an attempt to gain the support of more progressive voters. In her tax plans, Clinton said taxes for those earning more than $250,000 would increase, while the middle class would get a tax reduction in taxes.

Although Hillary Clinton never had the chance to address these plans as president, she has not let defeat get the best of her. When attending President Trump’s inauguration, Clinton wore white in reference to the women’s suffrage, and now she is even rumored to be running for mayor of New York City.

Clinton has demonstrated that she is here to serve the American people, and despite losing the election, she has made it evident that her presence in the political landscape will not diminish.