The Lightning Flash • May 14, 2021 • https://lrhslightningflash.com/4335/showcase/spring-sports-sustained-differences/ 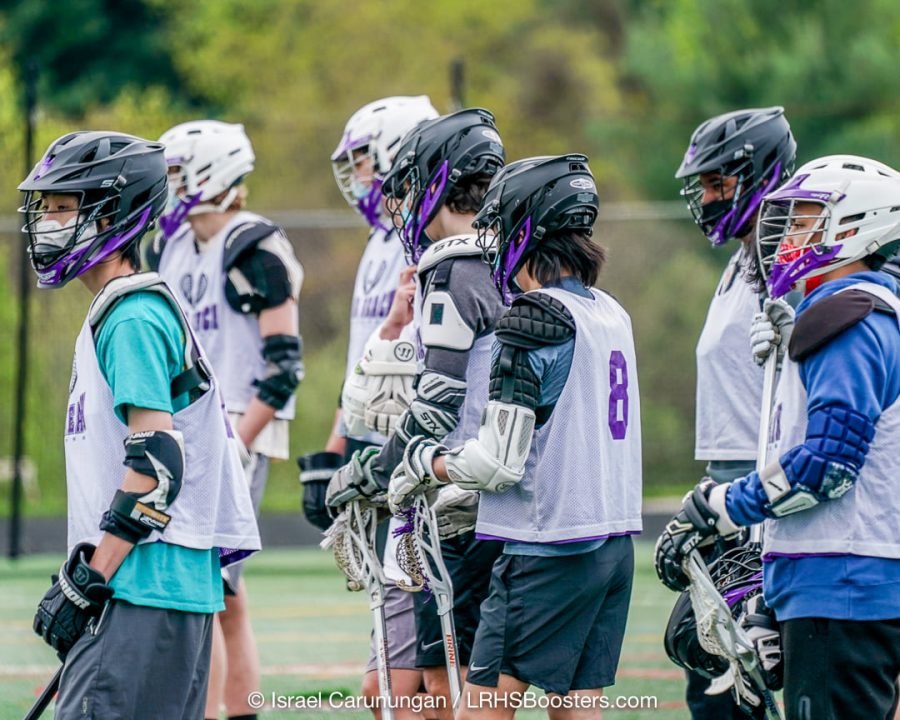 The Lightning Flash recently caught up with James Anderson, a four year veteran for the Long Reach Boys Lacrosse team. Anderson recently finished tryouts for the Varsity team, and spoke on how Covid-19 has continued to impact play. For practice, not much has changed given the risk of infection, but certain guidelines are followed to maintain social distancing: “It was pretty much the same [as regular practice] but we had to stand far apart during certain moments and keep our masks on all the time.”

However, despite the requirements for masks during practices, it is not required for the team to wear masks during matches. This follows similar guidelines which were enforced during the fall sports season: masked up wherever and whenever players are not in games.

Another sustained policy is the length of the season. For the Varsity Lacrosse this season, the schedule has been stripped down to one and a half weeks, barring preseason practices.

“We’re only playing 5 games until we get approved for more.” Anderson noted that he is “glad that we have a season, even if it’s 5 games.”

The spring session, compared to the regular fifteen game season, exemplifies the conflict between sports and a pandemic. Instead of playing a full season, which would likely not fit given the rushed schedule, the county will be broken up into leagues that later compete for the county championship. In addition, the reduced volume of matches will limit the possible spread of infection, as many players may choose to play maskless in the contact heavy sport.

When asked about his sentiments regarding the new format and how it impacts the team’s performance, Anderson admits: “We have less time to prepare for the season, so it’s really up in the air.”

For some players though, the new format and the sustained effects of the pandemic may have deterred them from returning. Anderson reported that on the day of tryouts, the JV Boys Lacrosse team did not have enough to field a team. Even after recruiting more members, it is unlikely that they will be able to have a JV team for this season.

“They have more [players] now, “ Anderson indicated, “but I guess some of [JV] have to play Varsity. …It’s difficult to communicate with school being online, so it’s difficult to recruit.”

Though struggling with the continued restraints set by the hopefully waning pandemic, Long Reach and Howard County as whole has still found ways to bring sports to players who have waited all too long to return to fields and courts. In light of the situation, some restrictions may lighten up as the volume of vaccinations becomes available to athletes sixteen and up.

For those like Anderson who are finishing their high school careers, finishing their senior season is an opportunity those last year did not have. At the very least, it will certainly be a season to remember.