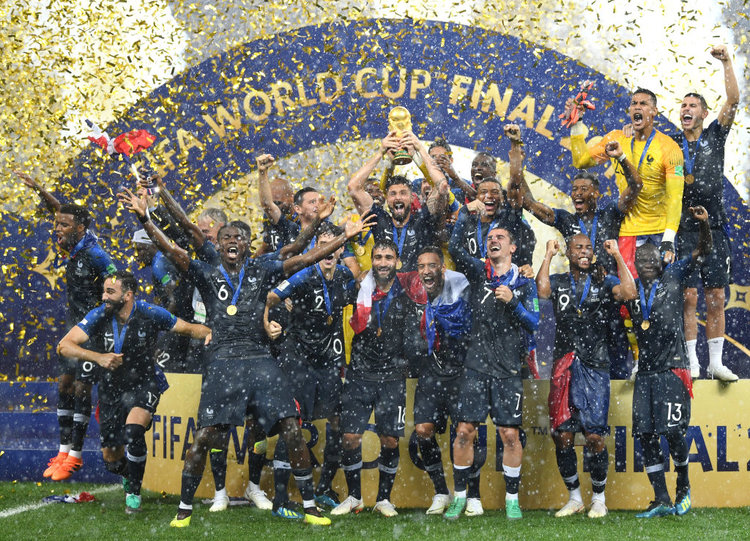 The French 2018 World Cup squad celebrating their 4-2 win against Croatia.

It had been 20 years since France first lifted the World Cup trophy, but this past summer, in Russia, they did so for a second time. Head coach Didier Deschamps caused heads to turn when he left out big names such as Alexandre Lacazette (Arsenal), Anthony Martial (Manchester United), Kingsley Coman (Bayern Munich), and Adrien Rabiot (PSG) from the 2018 World Cup Squad. However, this gamble paid off as France beat dark horse Croatia in a 4-2 final.

Coming into the tournament, France was among the favorites to win, but as powerhouse nations including Spain, Brazil, and Germany failed to advance past the quarter-final stage, France emerged as a clear favorite.

The quality in the French squad had many choose them as their favorites to win the World Cup. The players were young, but they possessed the talent to strike fear into the opposition. “This French squad has depth unlike any other in the tournament,” commented Senior soccer fanatic Jeff Praveen.

This French squad had an average of 26 years and tied with England as the second youngest team in the World Cup. Fellow Senior Mark Stephens believes because of the age and skills of this squad, they will be able to win many future tournaments.

Prior to the start of the tournament, nineteen-year-old Kylian Mbappé was the center of attention: would he live up to the expectation as the world’s most expensive teenager, costing $192 million, and lead France to victory? Mbappé did not fail to deliver; he scored four goals in the tournament, one in the final, and won the Best Young Player award.

Although Mbappé was a standout player for Les Bleus, soccer is a sport that demands a team effort, and the French executed at all levels on the pitch. The back four, comprised of Benjamin Pavard, Samuel Umtiti, Raphael Varane, and Lucas Hernandez, conceded six goals in the tournament and with the help of goalkeeper and captain Hugo Lloris, were able to have the most clean sheets of four.

Paul Pogba and N’golo Kanté had a commanding presence in midfield and without the two of them, the team would not have progressed as far as it did. Critics in the past attacked Pogba for his flamboyant hairstyles and his lack of focus, but his World Cup performance silenced doubters as he grew into a leadership role for the team. Praveen singled out Pogba and Lloris as clear leaders but believed the dynamic of the team still existed.

Pogba’s heroic performance in midfield could not have been as successful with Kanté. What Kanté lacked in stature he made up for with his work ethic; as Pogba put it, “he [Kanté] has fifteen lungs.”

While Stephens stated that “France has found the formula for success,” he also criticized the over-reliance on Kanté. According to Stephens, Kanté was given the task of saving a broken defense.

Mbappé joined in attack to form a formidable offense with Antoine Griezmann. Both Griezmann and Mbappé netted four goals, and with Griezmann providing two assists, he won himself the silver boot.

While France’s World Cup triumph is to be celebrated, it also puts a new light on the country’s growing opposition to immigration. Earlier this year, the French National Assembly passed a bill making it difficult for migrants to seek asylum. The irony of this bill and the rise in French opposition towards immigrants is that fifteen out of the twenty-three World Cup winning players were immigrants themselves or were first generation French citizens.

This level of diversity is not new to France:  20 years ago the last World Cup winning team had ancestral roots reigning the Middle East, the Caribbean, and Africa. This diversity earned these players the nickname of The “Rainbow Team” and Black-Blanc-Beur (Black-White-Arab). The “Rainbow Team’s” triumph 20 years ago took the victory away from the far-right candidate, Jean-Marie Le Pen and helped to unify a country.

Because of the diversity present in this year’s squad, there was debate on whether the victory was an immigrant victory rather than a French victory. Long Reach French teacher Ms. Miller believes that “Because they [the players] won something for France, they are not considered immigrants.” Miller added, “Nobody considers them [the players] immigrants until it suits them [French citizens].”

While Mrs. Miller does not believe this World Cup was an immigrant victory for France, Praveen, on the other hand, does believe immigrants won France the World Cup. “I don’t think there is any inaccuracy in saying that Les Bleus are literally Africa’s all-star team, plus a few white guys mixed in,” commented Praveen.

When immigrants triumph, they are considered French, but if they falter, then they are classified as immigrants. Rather than alienating immigrants, this French victory furthered the need for unification and an acceptance and celebration of those who came from different backgrounds but now call themselves French, because without them there wouldn’t be any stars on the French jersey. 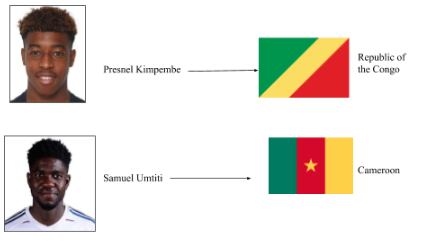 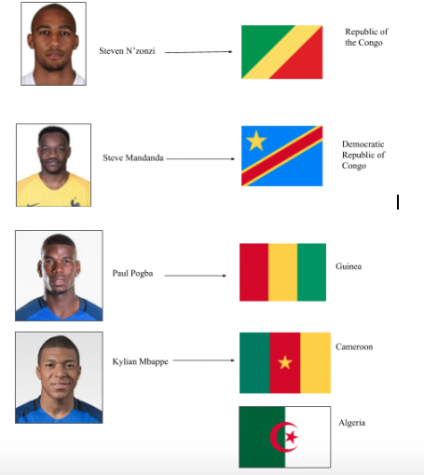 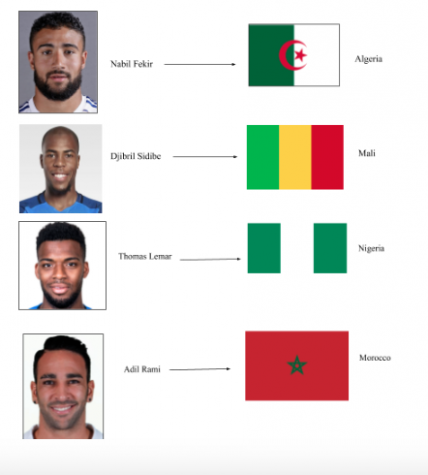