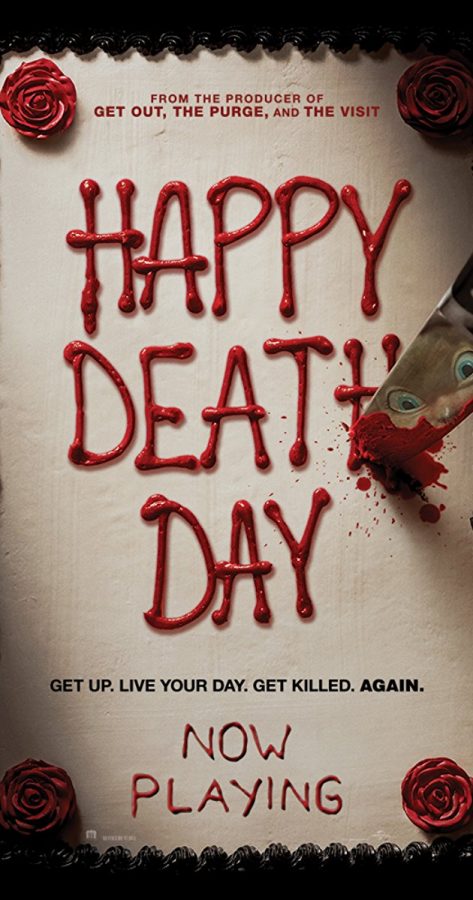 In Jason Blum’s production of Happy Death Day, viewers follow Tree Gelbman, a college student, through one fateful birthday in which she is forced to relive until she learns who her killer is.

Movie review websites such as Rotten Tomato and IMDb rated the movie at 70%, but some students disagreed. “I genuinely was surprised because everyone said this movie was bad,” commented Sierra Lay, a sophomore. “[The] plot was really well put together, and it had a cool twist that I never would’ve seen coming.”

For most of the movie, the actors and actresses are kept close to the camera. This, when combined with special effects, such as shaking the camera, gives viewers a very personal and raw perspective.

In scenes intended to be stressful, such as when Tree is confused and forced to relive her death day for the third time, the background is blurred and the audio is warped. This makes viewers feel as though they are running through a college campus themselves, hungover and extremely distressed.

Lay noted, “I was sort of annoyed because it seemed like a knockoff of Groundhog Day.” Happy Death Day’s plot was similar to Harold Ramis’ Groundhog Day (1993), in which the protagonist relives one day multiple times. However, the purposes of the plots were still different. Tree had to find her killer, whereas Phil, the main character of Groundhog Day, had to live through his day correctly.

The acting in Happy Death Day was a job well done. The actors perfectly portrayed the lives of clueless college students. 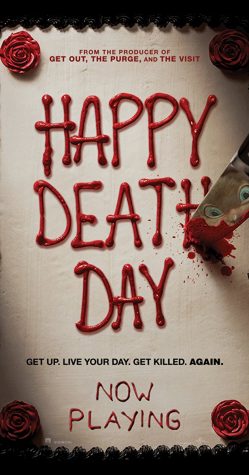 “There were some really good acting jobs done by the main character and her love interest, as well as her killer,” says Lay. “The main character was really in touch with the role, and it was really believable because in interviews she seemed pretty similar to her character.”

Lay continues, “Her love interest did a really good job portraying the nice guy image. He seemed like a little innocent puppy you just wanted to squeeze.”

Overall, the movie is well put-together and captures viewers’ attention with its uniquely-incorporated details. The actors conveyed all of the emotions effectively so they were believable in all of their roles, and the movie captured all the feelings of fright and intensity.