Arm in Arm for Equality 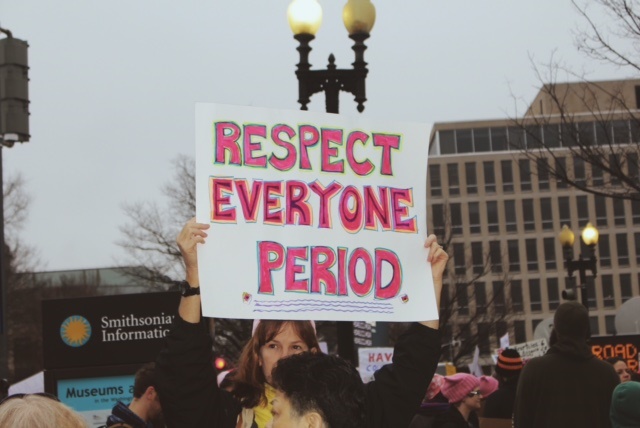 Only a day after President Trump’s inauguration, a sea of pink dominated Washington D.C. for the Women’s March, which was held to send a message of equality to the new administration. In the United States capital, celebrities such as Scarlett Johansson, America Ferrera, Gloria Steinem, Madonna, Emma Watson and more were in attendance for this feminist movement.

According to Erica Chenoweth of University of Denver and Jeremy Pressman of University of Connecticut, approximately three million people participated in the sister marches all over the country from Maine to Oregon.  The parent Women’s March in Washington D.C. attracted over 500,000 women, who donned their knitted hats and journey to advocate for gender equality. The DC Metro reported that the Women’s March was the second busiest day for them ever; the first being President Obama’s first inauguration, with over 1,001,613 entries.

Sophomore Gabriela Cabrera commented that these statistics should send “a sign to Trump” that many people voted for Hillary and “were offended by Trump’s actions.” Cabrera, who attended the event, explained that she felt disgusted with Trump’s remarks regarding women and the handicapped. “I also went to support women in their struggle for reproductive rights,” she expounded.

Another Long Reach student, Sophomore Jude Jabai, commented that her reason for going to the march was to “represent Muslim women who wear the hijab.”

Still other women appreciated the feelings of unity and camaraderie the event  influenced. Spanish teacher and SGA sponsor Ms. Gratton commented, “I went to the Women’s March to be a part of a large group of people voicing the importance of equal rights for women and marginalized individuals in the United States.”

The events leading up to the march began with a moving speech delivered by actress America Ferrera. Her speech focused on how the government should be a voice for the people: “The president is not America. His cabinet is not America. Congress is not America. We are America.”

After words from organizers of the march, an 82-year-old woman was met with roaring applause: Gloria Steinem, American feminist and activist. “To see such a major feminist icon speaking about how tired she is to continue protesting against inequality, shows the fight for women’s rights is not over,” said Cabrera adoringly when discussing the icon. Steinem herself has spearheaded the feminist movement since the 1960’s.

After several more speeches and performances by the likes of Alicia Keys, Janelle Monàe, and Madonna, the march itself began. “The March was one of the most positive and peaceful experiences I have encountered in my life,” said Ms. Gratton.

Despite receiving an overall positive response, the Women’s March was seen by some as a white feminist movement rather than an intersectional feminist movement, where the struggles of minority women are also highlighted. However, Cabrera believed the march was “mainly based on women power and starting a revolution,” thereby aiming to focus on all demographics. Cabrera further added that the March effectively did include the voices of minority women, as it was organized by several minority women, such as the likes of Linda Sarsour, Tamika Mallory, and Carmen Perez.

Both women and men alike joined arm in arm to promote messages of unity and equality during the first 21st century Women’s March.